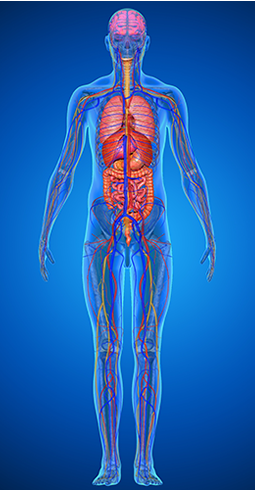 Sarcomas are an uncommon type of cancer that appears on bones or on muscle and nerve tissues. They do not exceed one percent of all cancer cases and only four or five diagnoses per every one hundred thousand people are made each year. Although it can appear at any age, many of those affected are teenagers, young adults or children. There are more than 150 types of sarcoma acknowledged by the World Health Organization. Some of them are really similar to each other, but others have unique traits that have a lot of influence on its treatment.

The main differentiation on sarcomas is set between those generated on the skeleton, and those that do it on other places. The latter are known as soft tissue sarcomas or STS for short. Ewing sarcoma and Gastrointestinal Stromal Tumors (GISTs) are so peculiar in every aspect that usually are considered apart from the rest.

From head to toe, there is no place in the body where sarcoma cannot appear. Tissues like fat, blood vessels or nerves are present everywhere and could be the origin of a sarcoma. But there is another reason for the ubiquity of sarcomas; the connective tissue that forms a kind of scaffolding that cells use to place themselves in the right position and give to organs and viscera their characteristic size and shape. Connective tissue reaches each and every corner of our body and it is capable of turn malignant giving origin to sarcomas of several types.

All sarcomas can be cured if they are diagnosed on time. The preferred method for dealing with a sarcoma is surgery. Radiotherapy and medical treatments, and also chemotherapy and modern molecular treatments, can be used to facilitate the surgical procedure or to diminish the chances of a relapse.

Broadly speaking, the presence of metastasis is the limit between curable and incurable cancers. Metastases are cancer ramifications, created from cells that can dislodge from the original tumor, travel through blood or other natural ways, and end nesting on faraway tissues. For example, a sarcoma could be born in the muscles of the thigh and finally generate metastasis on the lungs. If the cells from those ramifications are observed on the microscope, they do not look like lung cells at all, but are alike to those in the muscles where they were born.

In the case of sarcoma, many times it is also true that the existence of metastasis labels the disease as incurable, but not always. Under certain circumstances, some metastases can be extirpated with the intent of curing the patient. In other cases, as in Ewing sarcoma, chemotherapy is able to eradicate forever all the focal points of the cancer, even when there are metastases scattered on several vital organs. Finally, the existence of metastases does not imply a short life expectancy. There are treatments nowadays, as the one currently applied on GISTs cases, which can extend life for years on a completely normal level of quality.

It is very important that the doctor responsible for the treatment, either surgeon or oncologist, must be an expert on sarcoma.

All sarcomas have diagnosis and treatment peculiarities that make them very different from other more common cancers, like breast, colon, lung, prostate ones. On the other hand, sarcomas are so infrequent that many specialists do not face more than two or three cases per year. That is why it is very important that the doctor responsible for the treatment, either surgeon or oncologist, must be an expert on sarcoma. It has been proved that patients treated on centers that take in many sarcoma cases have better prognoses. It is true that treatment should start as soon as possible on this kind of condition. However, a delay of one or two weeks does not has too much influence on most cases and it is all that is required to gather the second opinion of a sarcoma expert. Even a biopsy not done properly might negatively condition the treatment afterwards. Ideally, the advice from an expert must be sought at the mere first hint that a lesion might be a sarcoma.